Take some time to read this article about Maya Universe Academy’s Agricultural Director and Co-Founder Surya Karki.  Surya will spend the next 6 months working to establish a Maya farm at our schools throughout Nepal, specifically the Jaipate MUA.  Surya was awarded a prestigious Projects for Peace grant that will facilitate him as he uses his passion for agriculture to expand the economic and educational impacts Maya Universe Academy has in rural villages in Nepal.  To read the full article follow the link below:

Maya Universe Academy continues to grow, expanding our message of community engagement, education, and love.  We now boast locations in 3 distinct, rural districts of Nepal (Tanahu, Sagarmatha, & Jaipate), and we ambitiously plan to continue to expand our operations to more communities in need. 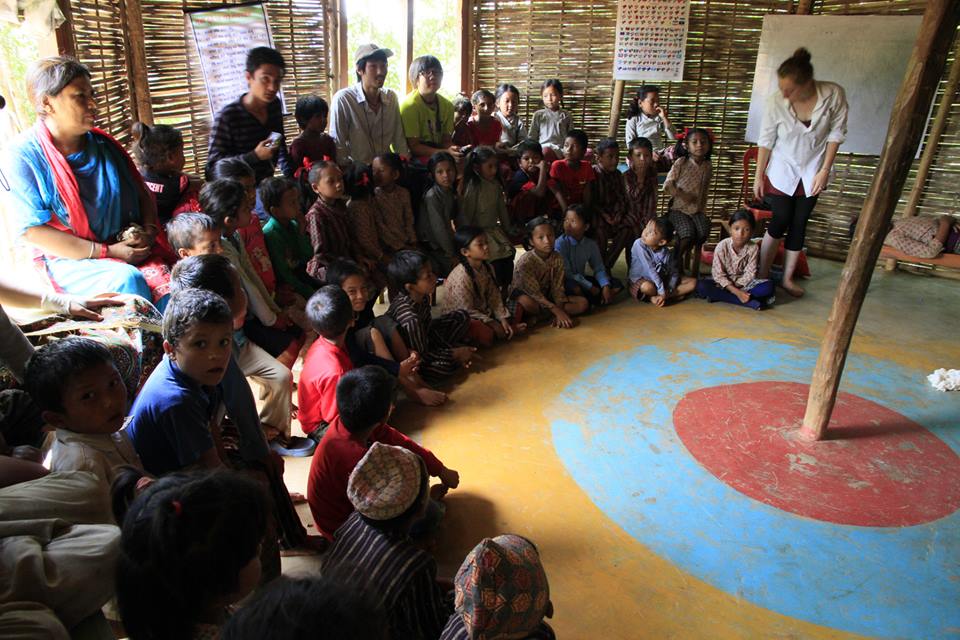 Read more about the recent happenings at Maya Universe Academy and the dedicated folks sponsoring, teaching, and volunteering their time to emanate love and education in our continuing movement to spread "Maya." 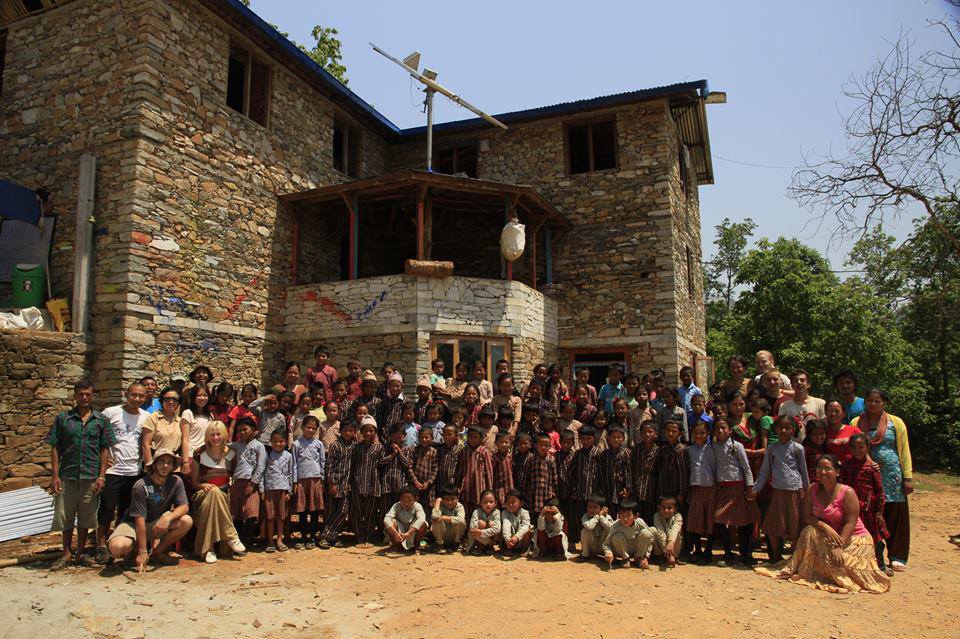 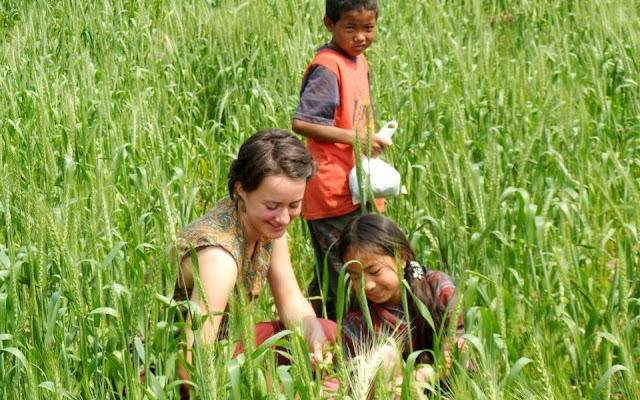 Introduction
Prior to his work at the College of the Atlantic, Maya Universe Academy's (MUA) Agricultural Director and Co-Founder Surya Karki studied agriculture at the Simon Bolivar United World College in Venezuela. Upon his return to Nepal after graduating from UWC, Surya sought out ways to improve the lives of people in his native country. In rural areas of Nepal poverty, a lack of educational options, and illiteracy act in a self-perpetuating cycle. According to the World Bank, only seven out of ten Nepali children enrolled in first grade will reach the fifth grade, and more than half quit school before reaching the lower secondary level. Maya Universe Academy works to solve this issue through an active youth network that promulgates education and love, or "Maya" in Nepali.  Communally, MUA brings a passion for solving the economic, social, and cultural problems facing the community with education and love. MUA is an elementary school that is changing the status quo and is proud to be the first community-run, private school in Nepal to provide free primary-school education.

MUA's model is unique amongst Nepali schools: parents volunteer two days per month on the school’s farm in exchange for their children’s education. The school is supported by local village communities, domestic and international donors, and volunteers. With growing support, MUA continues to expand, building more classrooms, tending more hectares of farmland, and, most importantly, teaching more children. The students engage and seize myriad educational opportunities, including field trips and practical classes, as well as experiential education in traditional classes such as mathematics, science, history, Nepali and English language, and farming - an integral part of the community and organization.

The success of the original MUA model has led to the construction of additional schools in communities of similar need. In 2012, Maya Universe Academy opened its third location in Jaipate village of Syangja district. The village has about 400 people, sixteen of whom attended MUA in its first year. The community has helped MUA find a school building, construct classrooms, and register children. Prior to MUA, there was only one other school an hour’s walk from the village and it did not operate on a regular basis. It is important for the Jaipate MUA to continue providing its services to the village, but this cannot be ensured without financial independence and stability. Most notably, unlike the original school that it is modeled after, the Jaipate MUA does not have access to a farm that it can use for educational and financial sustainability purposes.

Maya Farm Jaipate – Project Overview
The Projects for Peace grant received by Maya Universe Academy will establish an educational farm at the Jaipate MUA and allow for the initial steps to develop this farm into a long term asset for both the school and the local community. The founding MUA school in Tanahun currently utilizes a community farm that is used for practical classes, food production, and income generation. Having had the experience of helping to establish this farm at Tanahun, and having seen its impacts on the school and the community, Surya is confident that a working educational farm will have an enormously positive impact on the day-to-day operations of the Jaipate school. MUA will begin with a small but self-sustaining pilot farm, which will produce coffee and fruit to sustain the school financially. With financial security, MUA Jaipate will continue to grow: more students will be able to attend Maya's school, better resources for education can be obtained, and it can facilitate the training of additional teachers. In addition, an educational farm will immediately add to the array of educational offerings that the school can provide to students. By training students in the advanced elements of agriculture, our hope is that the Jaipate farm will improve the long-term health, viability, and resiliency of the local community.

Project Logistics
Moti Prasad Ale, a villager in Jaipate, has agreed to sell 6400m2 (69000 ft2) of land to the school for $2400 to launch the MUA Jaipate farm. Coffee and fruits will be cultivated on this land as Syangja district has favorable climatic conditions for coffee cultivation because of the 9 months of rainfall the district receives. We will purchase the coffee plants from Lalitpur Organic Coffee Association, and the orange and avocado trees will be bought at the district headquarters of Syangja. MUA teachers and volunteers will start the production of tomato seedlings in May, which will be ready for transplant in mid-June when the grant commences. The production of tomatoes will help generate income for the school in the short-term while the coffee and fruit plantations mature.

The Jaipate community is elated about the nascent school farm, and has agreed to provide labor and assistance for the project. In addition, they will host Sushila KC, an aquaculturist and agriculture specialist; and Amar Thapa, a coffee specialist, both of whom will provide expertise and guidance. As Project Director, Surya will live  nearby with in-laws of Mr. Goverdhan Rana, the head administrator of the Jaipate school. The community has also agreed to allow the school access to use the local irrigation canal during the night. The irrigation canal is at a walking distance of 600m (0.4 miles) from the land where the school farm will be established. To store water for irrigation purposes, we will purchase water tanks that can be used to provide gravitational pressure for sprinklers.

Many roads connect to Jaipate village, and an MUA  vehicle will transport produce from the farm to market after harvest. In the initial phase of the grant, the fuel cost will be paid by the project fund, but in the future this cost will be covered with income from the farm. The fruits and tomatoes will be delivered to the nearest tourist town for sale, Pokhara, and the coffee will be transported to Coffee Cooperative Union Limited Nepal who offer premium-prices for organic produce.

Project Timeline
The grant period will start in the third week of June and run for eight weeks. Prior to Surya's arrival, Mr. Goverdhan Rana will purchase the coffee and fruit plants as well as farming tools and water construction supplies. All of these items will be transported to the school. He will also explain the project details to the community and encourage optimum participation during the community meeting that MUA conducts every month. Locally produced organic manure will be arranged for use during the project.

Upon Surya's arrival, he will meet with Mrs. Sushila KC, Mr. Amar Thapa, and Mr. Goverdhan Rana in the capital, Kathmandu, to finalize the logistics and preparations for the project. In the second week, the project team will meet the Federation of Nepal Coffee Entrepreneurs (FNCE) based in the capital, to obtain organic certification of our coffee. After the finalization of the certification process, Mr. Rana and Surya will travel to Jaipate, where they will finalize the total number of student participants in the initial program. During the third and fourth weeks, they will complete the legal work for securing the land for the establishment of the farm site. In addition, MUA will also purchase teaching supplies, furniture for the classrooms, and provisions for meals from various local vendors. The training specialists for the project will arrive by the end of week four.
In weeks five and six, Mr. Amar and Mrs. Sushila will begin vocational training on the benefits and management of coffee cultivation and fruit farming. Mr. Goverdhan will also give classes on the importance of ecology and agriculture during these training sessions. At this time MUA will also begin preparing the farmland using two rented tractors.

In the seventh and eighth week of the project, the villagers and MUA students will be invited to help transplant the seedlings. 5000m2 (53000 ft2) of land will be used to produce tomatoes. As an incentive, the participants of the training will be given their own set of plants from the project, which they can later cultivate on their own land. A contingency fund will be created to address unexpected challenges that threaten the continuation of the farm until the tomatoes are harvested and the farm starts producing income. Goverdhan Rana will administer this fund. During this entire process, Surya will be in regular contact with president and founder Manjil Rana and Maya Universe Academy's board of directors in order to solicit their advice as well as to report back on any progress.

Expected Impacts and Results
Although not immediate, this project will have a significant impact on the school and community both educationally and economically. With the initial income generated from tomatoes, and eventually the proceeds from coffee, avocado and orange sales after three years, MUA Jaipate will be able to fund its annual budget, which is approximately $US4200. The farm will provide a platform for experiential learning for students, and create employment opportunities. Eventually, the agricultural production will create financial independence for MUA, and the school farm will generate a surplus of annual income to assist future developments at the school. Additionally, the success of this project will provide an example to the other MUA schools on how they too can achieve financial independence through similar endeavors.

If you are interested in volunteering at Maya Universe Academy it's simple!  Just contact one of the Mayans:

Or visit us online at www.mayauniverseacademy.org

Check out this article about Maya Universe Academy's Agricultural Director and Co-Founder Surya Karki.  Surya will spend the next 6 months working to establish a Maya farm at our schools throughout Nepal.  More to come on the success of Surya's agriculture project soon...

Maya on the Web